Gosh, what a roller coaster of a year we’ve been having. Just as things seem to be improving, we get another curve ball. Since the beginning of this year I’ve had my girls at home. Fortunately this time they are being taught remotely so with some help from their nan, I’ve been managing to get on with some work. I’m glad to say that I’ve managed to get the revisions in for my June release and I’ll be able to share more details about that next month.

In the meantime I have news about my other books of the best kind! First up, The Day that Changed Everything has been shortlisted for the RNA awards Shorter Novel category. This is such an honour and something I’ve always hoped would happen. As you can imagine, receiving this news in the year we’re having has been an amazing boost. The winners will be announced in an online event on the 8th March so I really have to hope I don’t muck up the DIY haircut I need.

Since my last post, The Missing Piece underwent a makeover (I’m not jealous!) and now has a gorgeous new cover. Not only that, I’ve also signed an audio deal with WFHowes so it will be coming out in audiobook later this year. It really has been quite the few months and I’m so glad I get to share another book with you later this year.

Time is flying by recently. I think with my girls back at school, I’m having to cram what I can in to play catch-up. Unbelievably it’s only two weeks until The Missing Piece is published and I’m delighted to say it is also on Netgalley and getting great early reviews. I really hope while we’re all going through a period of missing something this book can help fill the gap for a few hours.

In other book related news, I’m delighted to be able to say that 99 Days With You has sold in Germany and Estonia taking the number of languages to 6! This is truly something I never expected to see happen in my lifetime and I’m so thankful.

I plan to do a Facebook Live at some point on publication day so please give my page a like if you haven’t already.

I also wanted to send a thank you to all the readers who’ve discovered my work this year. It has been a huge blessing and made a difficult year easier to see not only my current, but my older titles doing so well and dancing their way up the charts. What a year it is proving to be in more ways than one!

Such a vast amount has happened since I last blogged at the beginning of March. The UK went into lockdown on the 22nd March and since then I’ve had to balance home schooling and working in the frightening situation we’ve all found ourselves in. In April my nan passed away as a result of Covid and that in itself added to how difficult this time period has been. We’ve also had happy times as a result as well. My partner who doesn’t live with us moved in to make life easier for all of us and on our first walk after lockdown (I had to shield for 12 weeks) he proposed and we’re now engaged. My twins are very excited to have a wedding in the future and in fact performed a lockdown ceremony for us in their bedroom.

One of the things that I’ve found a real solace during this time is reading. I’ve managed to read more early reads for author quotes and it’s been a real pleasure to lose myself in imaginary worlds when our own has been crooked.

It seems the same is true for a lot of others as The Day that Changed Everything saw a second surge of sales during lockdown and I’d like to thank everyone who has chosen to find hope in the stories I write.

While some industries have had to stop, I’ve been lucky to sign several contracts during lockdown (e-signatures are great even if it takes me about 58 attempts to make it look anything like my actual signature!) and I’m delighted that I’ve signed another two-book deal with Bookouture. The next book is called The Missing Piece and is due out in October and is available on Kindle Unlimited. The Missing Piece is a double love story about finding the people you need at the right time and it’s full of heart in every sense. I’m really looking forward to it being available on Netgalley and I hope readers love it as much as I’ve loved writing it!

I’ve also signed with WFHowes who’ve turned The Day that Changed Everything into an audiobook. It came out last month and is already getting 5-star reviews.

Alongside those I’ve signed some more foreign deals and will share covers and details on here when they’re available.

I’ve just about managed to do my revisions during lockdown and now my mum is able to babysit again, I’ve started Book Eight.

It’s been a busy and unsettling period of time that isn’t over yet and I’m so thankful to those of you who’ve chosen stories of hope at this time. Sending a big hug to everyone because I think we all need one.

This is a well overdue update and not because I’m being slack, it’s because I’ve been baffled by being unable to access my website for a while! I was logged in, but it wouldn’t let me blog or update the site. Because I’ve been so busy writing and I’ve been unable to spend any time sorting it out, it never occurred to me that it might be something as simple as having logged in with the wrong email address!

Now I’m logged in with the correct email address, I can update and everything!

It is quite the mega update due to length of time, so, first, the books! 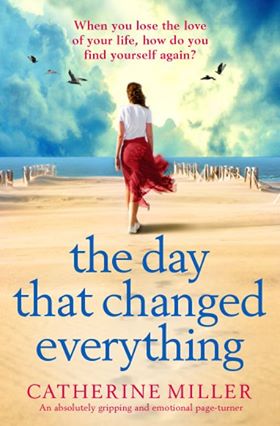 My second book with Bookouture, The Day that Changed Everything, came out on January 17th 2020 and the reviews and response have been such a blessing! Along with 99 Days With You that came out last year, the sales are over 25K and that seems such an astounding figure when I only ever thought I’d sell 100 copies of my first book and have now gone over 50K.

The other exciting part of this is that 99 Days With You has had several translation deals so it has also been released in France and the Slovak Republic (in hard back!) with more releases due later this year. So far every cover has been really different and I love all of them.

It’s been beyond my wildest dreams to have my writing well received in other languages as well! Thankfully Google Translate has helped with knowing the reviews elsewhere have also been really positive.

99 Days is also available in audio now in English and in Slovak!

As well as having more books out, I’ve also moved agencies with my agent, Hattie Grunewald. Having been with Blake Friedmann for three years, I’m extremely thankful for all their support in my early career and their continued help with the contracts they have put in place.

Hattie has joined The Blair Partnership and as one of her authors I get to go along for the ride. I’m so delighted for Hattie, she is an amazing agent and has championed my writing from the start. And because of her amazing talents, I’m now with the agency that represents JK Rowling and runs Pottermore! I was lucky enough to go and visit their offices and meet the team before Christmas where they already had good news for me which I’ll tell you about another time!

I’ve got through another winter by writing the next book (I like bunking down and getting one written while the weather is grotty in the UK) and I sent it to Hattie last week! I hope you have all been keeping well and are as ready for Spring as I am!

99 Days With You is currently on Netgalley! Request your early review copy while it’s available! The earliest reviews are 5 stars and I’m delighted that reviewers are loving this story. I can’t wait for more readers to meet Nathan and Emma. http://netgal.ly/4jw5Kc 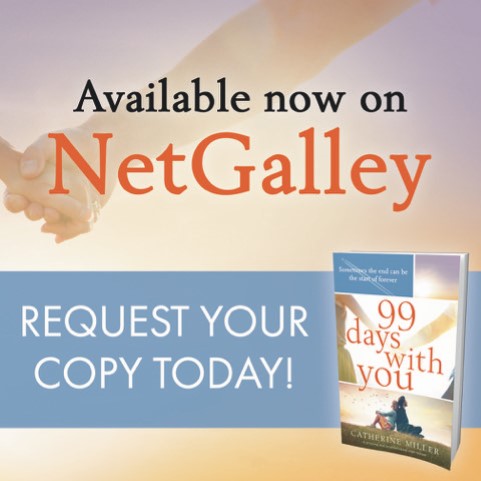